This dude has got a master in trolling. A fine art some might say.

5 days ago: The Republican congresswoman confirmed Monday that the “ex-gay” Milo Yiannopoulos is now her intern.

The Republican congresswoman confirmed Monday that the “ex-gay” Milo Yiannopoulos is now her intern.

(No debate, I just piss my panse from laughing seeing his progress in life)
N

Figure you guys might like a real life joke.
This is from that **oh my gawd oh my gawd, they're going to kill us all** bust in Coure D'Alaine yesterday.
This is NOT how you cuff a perp....this is how you cuff a guy on the same team as you.
He is literally holding his hands together to keep the ziptie from falling off.

Staff member
“You don't need a weather man
To know which way the wind blows” ~B. Dylan 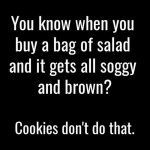 The sick old bastard actually wrecked because he saw a young girl.
I have no idea if he wanted to sniff her hair (like always) or just fondle her inappropriately (like always).
You can see the young girl in this vid.

n2ishun said:
The sick old bastard actually wrecked because he saw a young girl.
I have no idea if he wanted to sniff her hair (like always) or just fondle her inappropriately (like always).
You can see the young girl in this vid.

Staff member
Will Rogers was a humorist well before our time…. He did a great many quotes in his routines about “politics”….


Never Squat With Your Spurs On!

Will Rogers, who died in a 1935 plane crash in Alaska, flying with Wiley Post, was one of the Greatest political country/cowboy sages this country has ever known. Some of his sayings:

3. There are two theories to arguing with a woman.
Neither works.

4. Never miss a good chance to shut up.

5. Always drink upstream from the herd.

6. If you find yourself in a hole, stop digging.

7. The quickest way to double your money is to fold it
and put it back into your pocket.

8. There are three kinds of men:
· The ones that learn by reading.
· The few who learn by observation.
· The rest of them have to pee on the electric fence
and find out for themselves.

10. If you're riding' ahead of the herd, take a look
back every now and then to make sure it's still there.

11. Lettin' the cat outta’ the bag is a whole lot easier'n
puttin' it back.

12. After eating an entire bull, a mountain lion felt so good he started roaring. He kept it up until a hunter came along and shot him.

The moral: When you're full of bull, keep your mouth shut.

First
~ Eventually you will reach a point when you stop lying
about your age and start bragging about it.

Second
~ The older we get, the fewer things seem worth waiting
in line for.

Third
~ Some people try to turn back their odometers. Not me;
I want people to know 'why' I look this way. I've traveled
a long way, and some of the roads weren't paved.

Fourth
~ When you are dissatisfied and would like to go back to
youth, think of Algebra.

Fifth
~ You know you are getting old when everything either dries up or leaks.

Sixth
~ I don't know how I got over the hill without getting to the top.

Seventh
~ One of the many things no one tells you about aging is that it's such a nice change from being young.

Eighth
~ One must wait until evening to see how splendid the day has been.

Ninth
~ Being young is beautiful, but being old is comfortable and relaxed.

Tenth
~ Long ago, when men cursed and beat the ground with sticks, it was called witchcraft. Today it's called golf.